How Being Scared Can Change Your Life 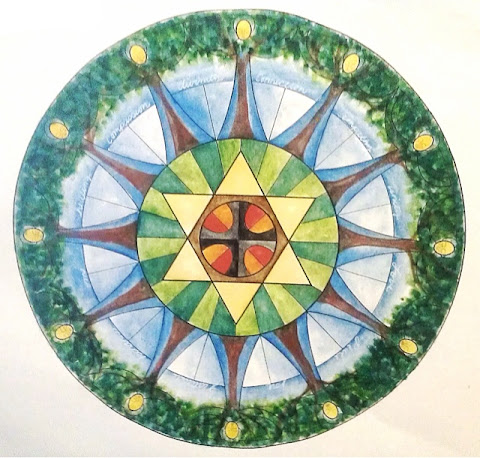 When Jill asked me to color in some mandalas for her practice, I had no idea that it was going to be the beginning of a life changing adventure for me.

She gave me a stack of black and white copies of mandalas and I set to work using my water colors and colored pencils to create a variety of different mandalas for her. We met at our usual hangout...Panera Bread and I gave her back the finished mandalas.

I was so happy she loved them but little did I know that her wheels were spinning. Not long after that meeting she asked me if I would be willing to create custom mandalas that we could sell.

I wasn't really sure if I could do it. I had been doodling mandalas for ages but this was different...it was legit and they would have to be good. I was so nervous about it. i had butterflies in my stomach for days but I decided to give it a try and see what happened. 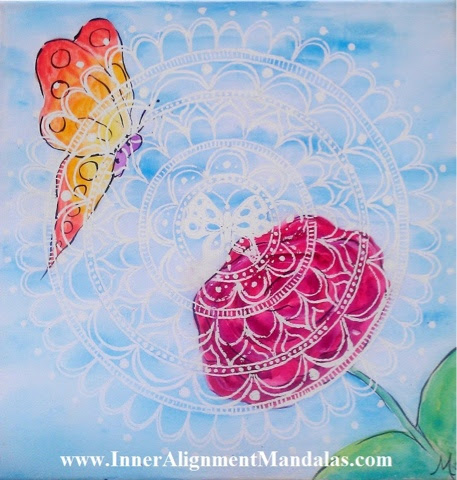 This is the first mandala I created. I had no idea what I was going to do but the image of a butterfly and a flower popped into my head so clearly and I knew that was what I had to do.

I tried a new technique I had never tried before. I had been walking through the art store and so strongly drawn to the masking fluid that I felt I just HAD to buy it even though i had no idea why. Later when I began creating, I knew exactly why I needed that masking fluid. It was all coming together so perfectly.

When I finished the mandala, I stepped back to take a look at it and I started to weep. It wasn't because of the way it looked or because it was a masterpiece; it was because something deep inside me KNEW that this was RIGHT...this was exactly what I was supposed to be doing! 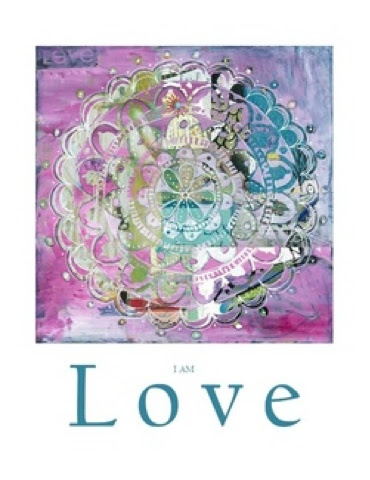 I started experimenting and playing with techniques and materials and before I knew it I had created my own style and my own techniques that were unique to me and to the people I was creating the mandalas for.

It was all very exciting and divinely guided and yet without that first step that was steeped in fear, I would have never been able to take the leap and uncover what it was that truly made my heart sing.

What is your scary step that you've been afraid to take?

Can you imagine how your life can unfold when you take that leap?

What can you do today to begin making your dreams come true?

Email ThisBlogThis!Share to TwitterShare to FacebookShare to Pinterest
Labels: Michelle

Get Posts in Your Inbox

Download your FREE I AM Love Poster and sign up for our newsletter below. Learn more about the I AM Love Mandala here.